Happy holidays! Only a few days now until 2014! It's gonna be amazing!

(Prepare yourself, this is a big one!)


So, I have a large-ish announcement to make regarding the main feature of NIKRA. The sandbox aspect.
Due to very low frames, and the lack of experience in sandbox related programming, I'm going to take out the randomly generated terrain engine and the sandbox aspect of NIKRA.

This will make everything easier for me and will stop some complaints about it being just another Terraria/Minecraft clone. Some people will be annoyed, some with be pleased.

I've been considering this for a while and have only just realised how much easier this will be for me. Doing so, with the tonnes of extra frames, I can add some really cool features like realistic water and awesome lighting!
The only downside this would have would be that the date I predicted the alpha to be finished has become totally out of the question. Because taking out such a huge part of the game would mean that I would have to place EVERY block myself before hand. This WILL take a lot longer, (A bit like how Phil Fish had to place everything in FEZ, except I wont spend 5 years...).

This will also mean I have more of a control and can actually see what the world is going to be like (because placing each block in-code is very difficult). So as an Indie Developer, doing this is ideal so I can personally show how I want the worlds. Once again, some people will be annoyed, some with be pleased.

Other than that, nothing else is going to change :) NIKRA WILL be a game, and I will not cancel the development.
To be honest, I'm surprised I even made it with a sandbox aspect to start off with. It doesn't affect the game AT ALL and has nothing to do with the story and adventure.

Hopefully everyone is cool with this, I really do think this is the right thing to do.

Now, on a side note, this doesn't mean it'll have NO sandbox aspects. When the game nears completion, I have plans for things like the Skyrim DLC: Hearthfire, where you can build a house on a property. Because it's not like I dislike sandbox games, it's just that I think the only reason why I did it in the first place was because I play Terraria, Starbound, and Minecraft a lot.
Actually, I'm going to compare NIKRA to FEZ again; The way the worlds are set out, it's going to lean towards how FEZ does things, but not exactly. You see, FEZ has floating islands and buildings whereas NIKRA is on solid ground on a planet. (I have no idea where I'm going with this xD)

A large feature that I couldn't normally do with the randomly generated terrain engine is have lots of worlds/islands/continents. Each planet in NIKRA will have a set amount of continents and countries, each one you can explore. Except, now that I think of it, placing 5000x32 (approx) blocks for every continent would take forever... There's just no good solution.

But wait! The only reason why I had massive worlds is because of the sandbox aspect allowing the player to build wherever they want...

Well, my decision is final, and I'll start working on it and start designing each island/country/continent for every planet you'll encounter as well as a timeline of events.


Thank you and have a great day :)

Until next time,
-Seth
at 12:32 pm 2 comments:
Email ThisBlogThis!Share to TwitterShare to FacebookShare to Pinterest

I spent a good 8 hours designing, sketching, and rendering this poster/wallpaper :)
Either go here: CLICK HERE at 8:32 pm No comments:
Email ThisBlogThis!Share to TwitterShare to FacebookShare to Pinterest

Christmas Wishes to all!

NIKRA is going very well, despite the problems I'm encountering. Hopefully it's fine with you guys that I'm not updating this blog as much as I used to. It's just that. not much is going on here, it's mostly just slow work on the story and core features of the game.
I have designed a few creatures you will encounter during your adventures, most of them hide in strange ways.

Today I finished the controls tutorial at the beginning of the game, and now I'm just polishing a few things.

COR has been going very well (as you may have read), and I can't wait to see the results in 13 days when Ludum Dare finishes. 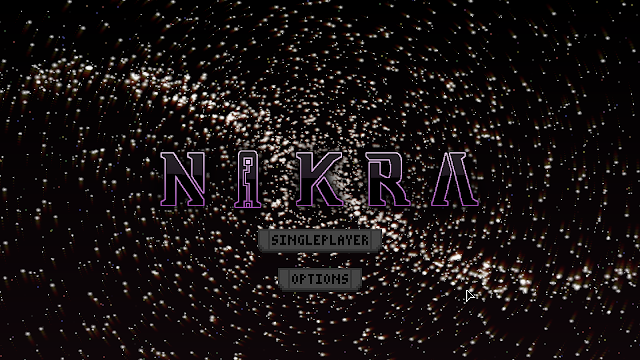 Hopefully everyone is having a relaxing and fun holidays!

COR has been getting really popular despite my concerns about it causing confusion.

Reviews on it can be found on: 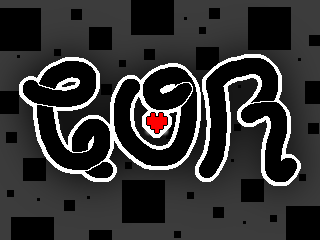 Thank you so much :) I'm happy that people love COR

-Seth
at 1:23 pm 2 comments:
Email ThisBlogThis!Share to TwitterShare to FacebookShare to Pinterest

I have finished my Ludum Dare entry, play "COR" here:

NIKRA is still in heavy development, but I want to show you guys a cross-section of the ground: 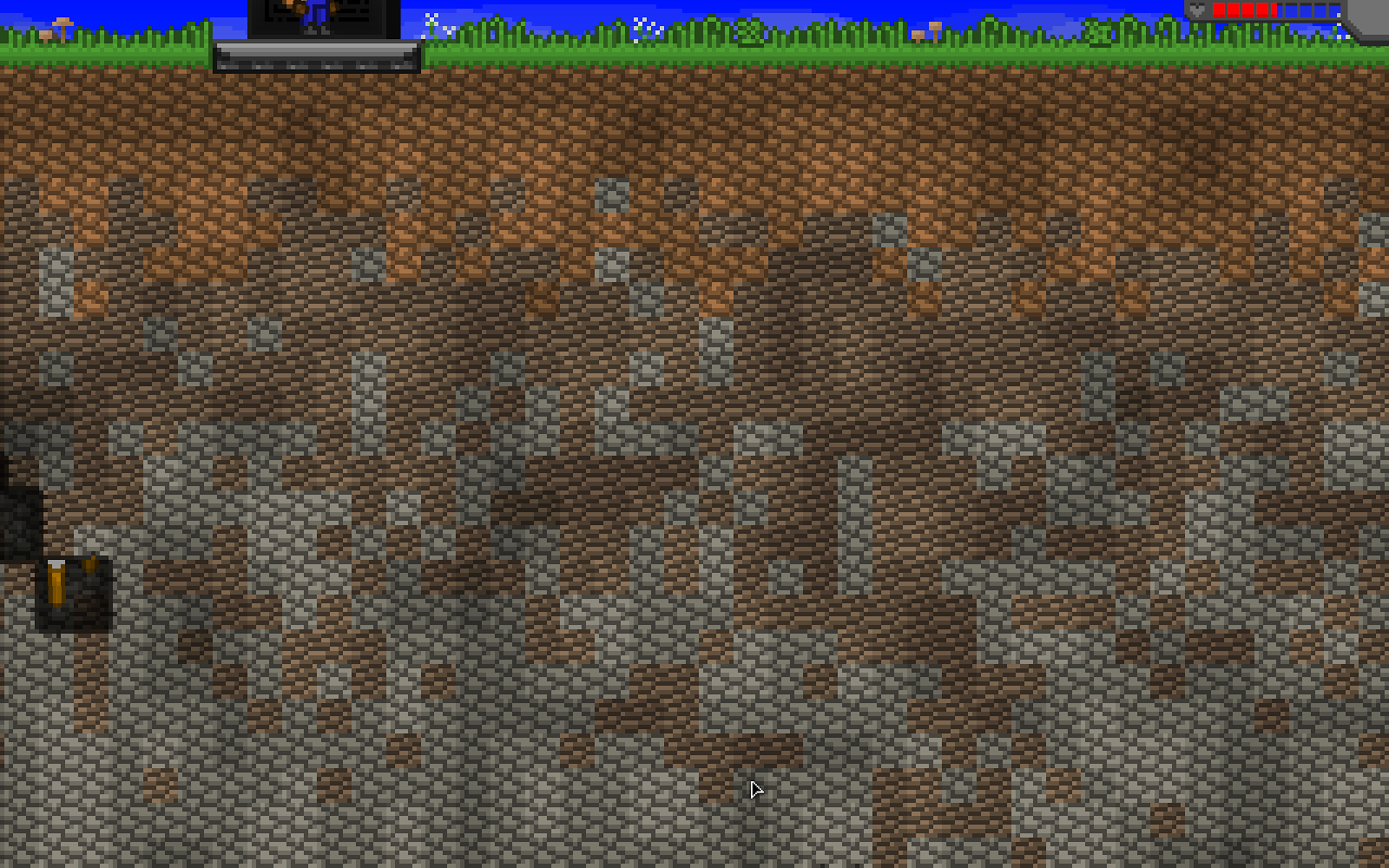 Sorry for being quiet for the past few weeks, I'm trying to focus on development for a while so I can get things done!

This week has been really busy! I've added many new features and items/blocks, as well as more preparations for the main story.

Every single item and block sprite have been touched up to look more polished, and another species is currently in design! There's going to be 10 species, 8 of which you have at the start, one unlocks when you beat the game, and another unlocks when you use the Boldemo more than 100 times!

Time for a teaser picture: 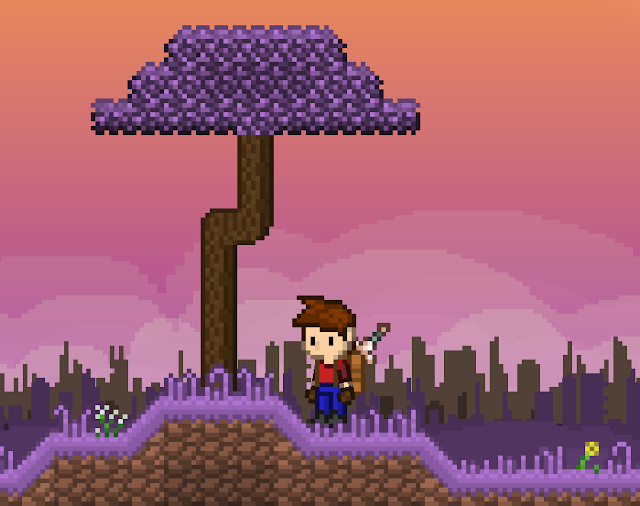 NIKRA is moving closer and closer towards completion. Thank you everyone who haven't stopped giving me positive feedback :) You are all splendifferous!