Hey guys! Sorry for the late update, I'll explain why. NIKRA has been going through some MAJOR changes. All the current code has been redone, and efficiently optimised.

The inventory has been revamped, and (sadly) the in-inventory crafting has been taken out to avoid complexity. You might be able to craft a few things in the Blacksmiths, but nothing is final. Dual Wielding? Why not! Thanks guys! I'll see you next week!

~Seth
at 7:40 pm 2 comments:
Email ThisBlogThis!Share to TwitterShare to FacebookShare to Pinterest

The images you saw in previous posts were concept screens. But this week I have been completely redoing every little thing in the NIKRA Project, and cleaned everything up, fixed code, and seriously optimised the overall game!

Here are 2 screenshots of the actual NIKRA game (excluding GUI): 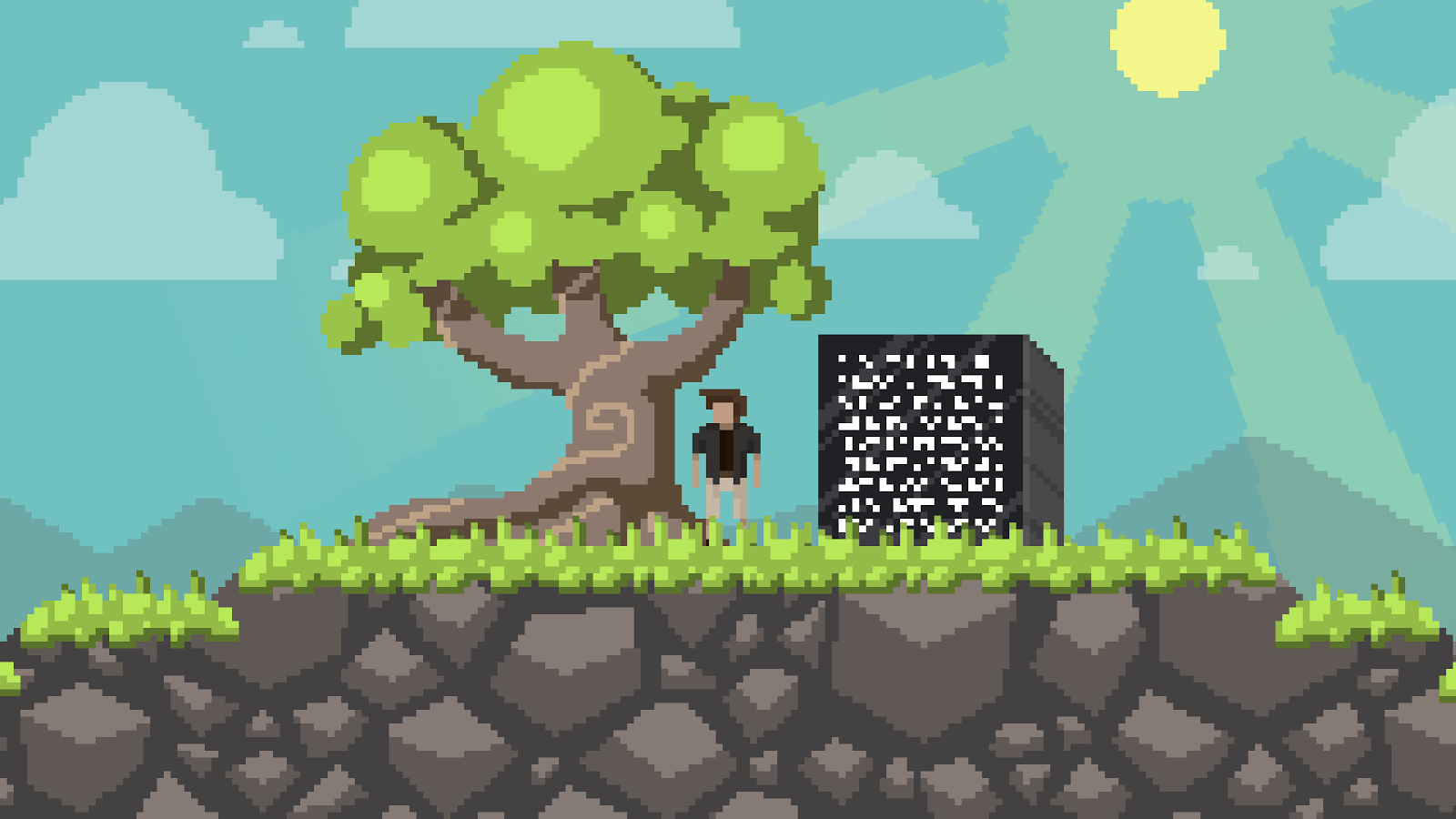 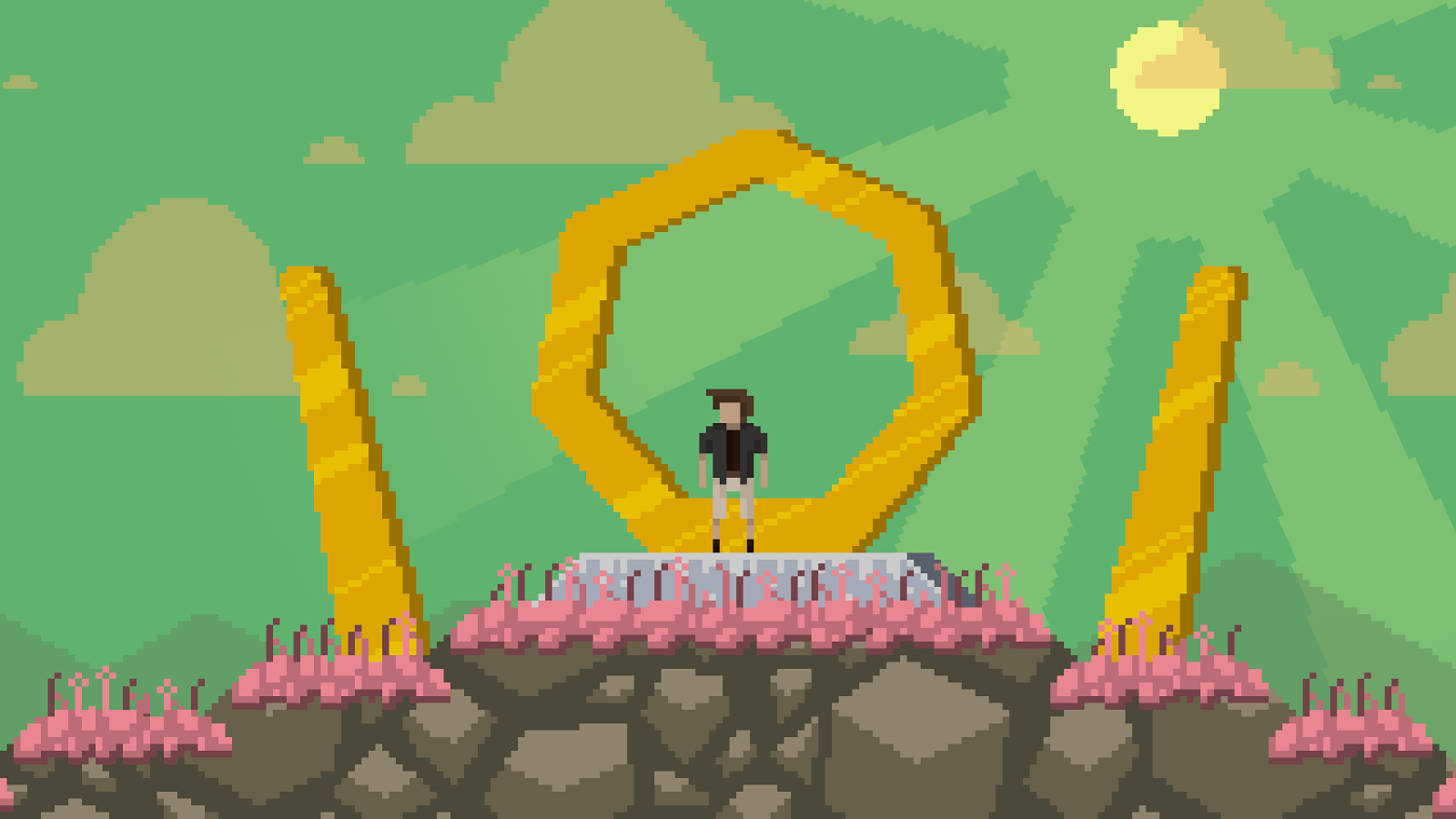 Each planet has it's own colour scheme. The NIKRA engine gets these colours and assigns them to specific areas. Maldis (top) is very earth-like, with green grass, and a blue sky. Whereas Mexulta (bottom) has pink grass, with a musky atmosphere, and sulfuric clouds. These two worlds are rather basic compared to a few I have designed. So I can't wait till you see them!

In the past I had trouble figuring out what to do next in the development of NIKRA. Only now have I realised that starting from each key point is the ideal way to go. The Gate to Omwarn (bottom) for example is a VERY important part of the NIKRA lore. When playing you'll meet Ven, the Keeper of Omwarn; a being made out of burning golden energy, and is the creator of the Multiverse. Exciting, yes?

ALSO, the player now has ELBOWS and KNEES! It's looks really good, and I'm so happy the code for it is finished. I'm not fond of sine waves after that. SEE YOU NEXT WEEK!
~Seth
at 6:10 pm 6 comments:
Email ThisBlogThis!Share to TwitterShare to FacebookShare to Pinterest

This week has been really busy. And since GM:Studio is currently very buggy, progression on NIKRA has been slow. I have, though, been finalising the colours and designs for NIKRA and it's contents.
All items are being redrawn, and the character basis is (pretty much) finished. 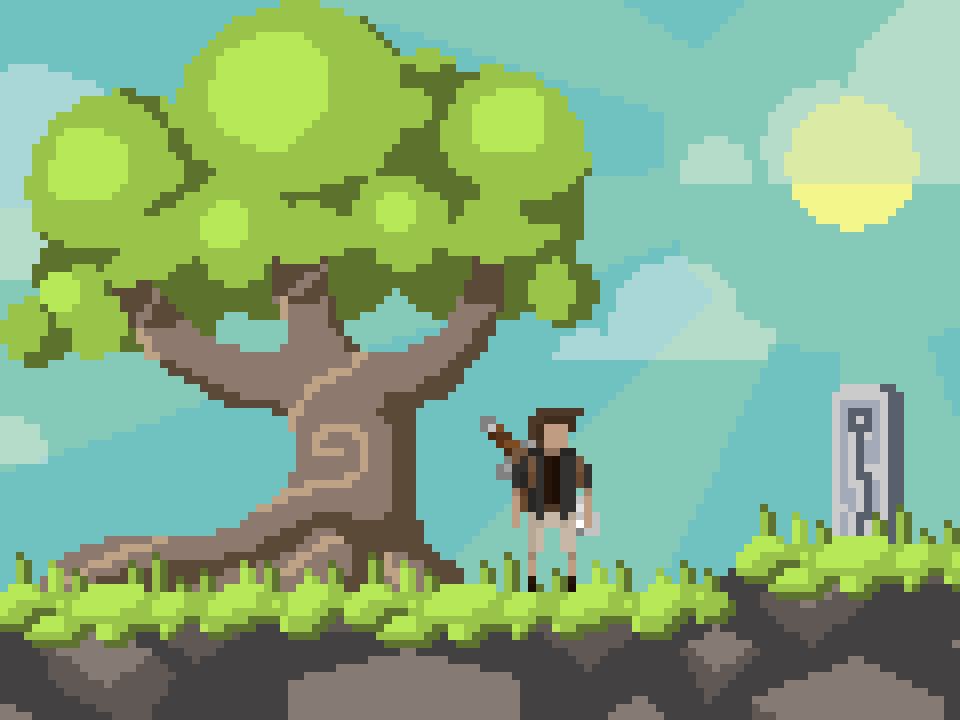 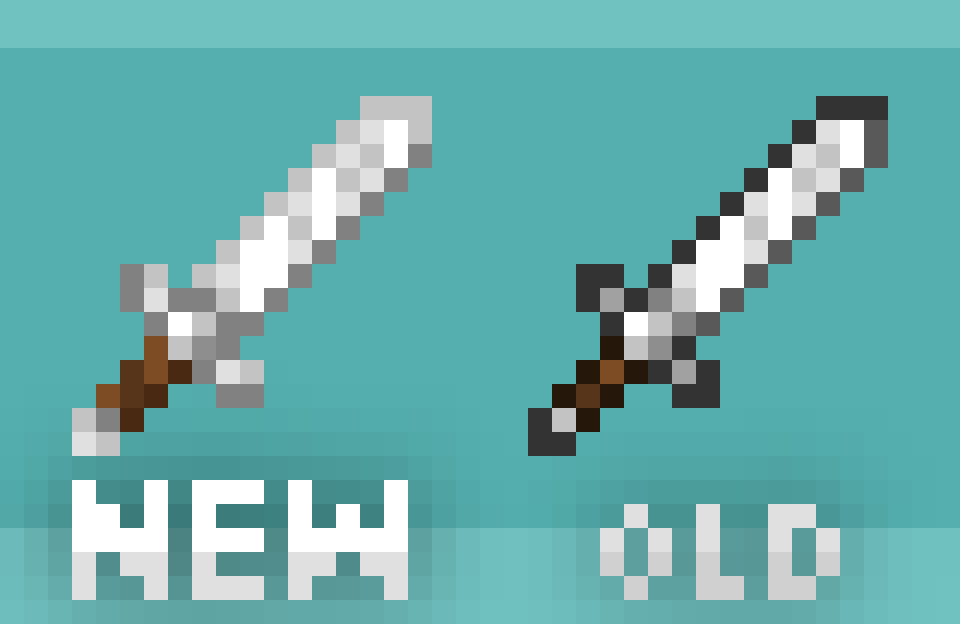 This drawing above was a conceptual page I did long ago. As you can see, the character in the middle is the same as the one on the Preview at the top. Believe it or not, I actually designed this particular guy to look like me. But don't worry, you're not going to be playing me in NIKRA. You'll be able to fully customise your character, and I just used me as an example :)

My visions of the new NIKRA:

I have also been doing some renders! Check 'em out below, and click them to view or download!
They all work well as wallpapers! 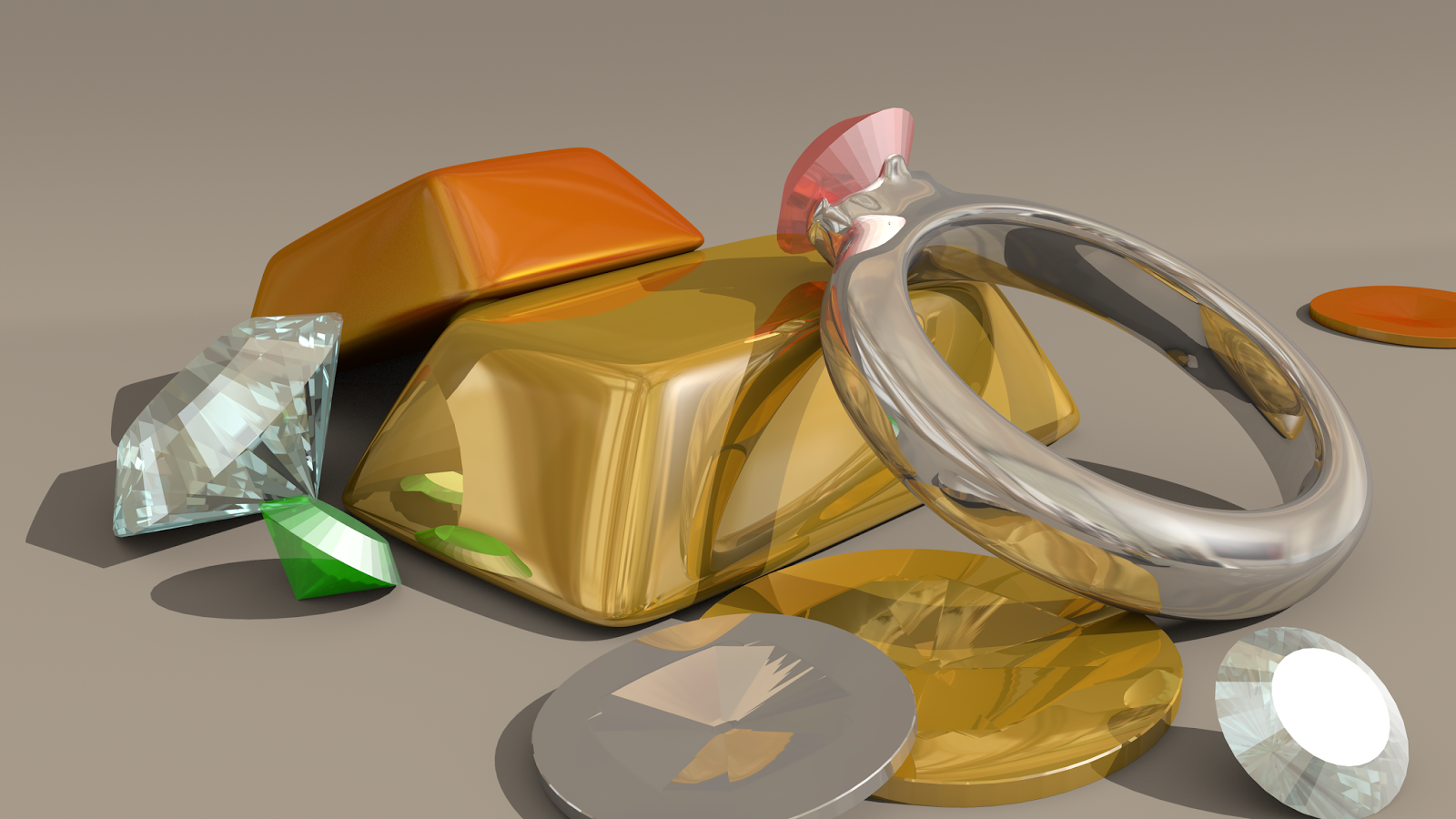 See you next week!

-Seth
at 8:25 pm 6 comments:
Email ThisBlogThis!Share to TwitterShare to FacebookShare to Pinterest

The Cursus Pingo Theory, and the Feeling of Change 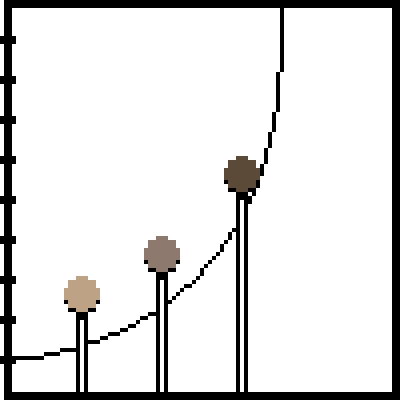 A few months ago I came up with a 3-Value range for colours. These sets of colours can theoretically give enough depth to any art. I've been perfecting these palettes of colours for a long while now, and I'd like to explain why.

Do you know the first comment almost anyone says when they first see NIKRA?

I'd normally have to explain: "I guess so, but the gameplay is different" blah blah blah
To be honest, I think NIKRA looks like those games too. And it hurts me.

I made NIKRA's textures almost a year ago now. In that time I've done so much, and gotten so much better at art and design. I've spent a while playing around in blender, perfecting colour composition in three dimensions. And now, I believe I have it. I believe THIS is the right thing to do.
I'm going to use my Cursus Pingo Theory for NIKRA
I'd like to present to you, the concepts and styles for the NIKRA I have envisioned: 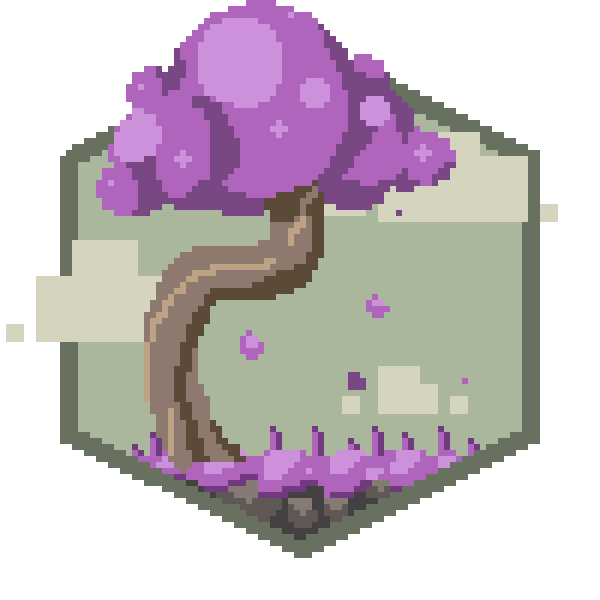 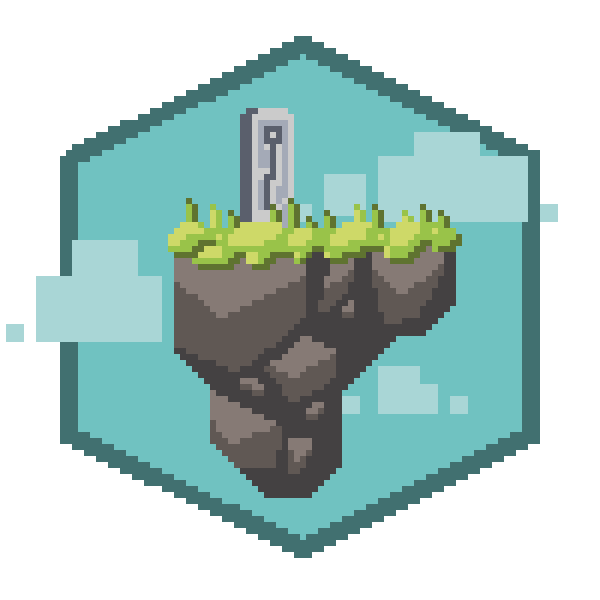 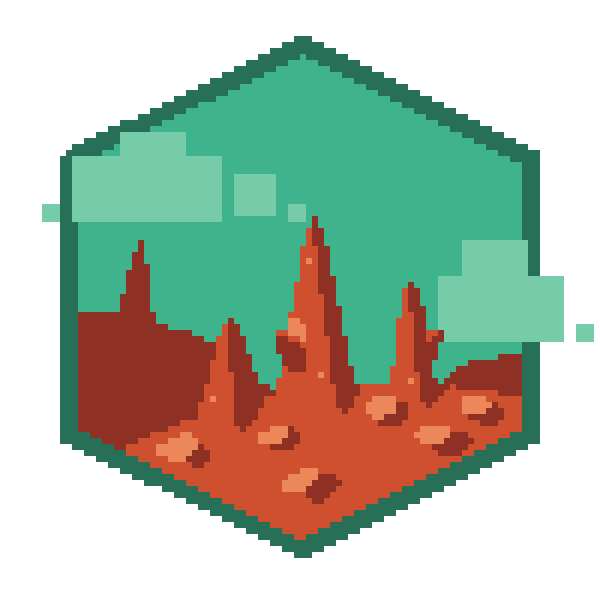 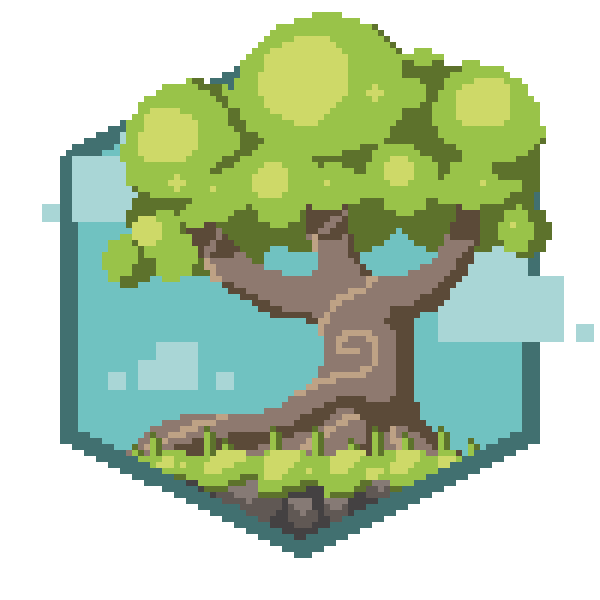 What do you think? Is this a definite improvement?

Now, obviously this style will be translated into tiles. But you should get the idea.

I know the feeling of change sucks. But I believe this is best. (and should make it stand out in the market!)

Thanks everyone for your support!